God can use evil for good

2) Jacob tells his sons to take Benjamin to the man and hopes for El Shaddai’s mercy, 43:11-14.
How do Jacob’s words in v. 14 reflect that he is trusting God more so than he has been?

5) Joseph has his steward put their money in their bags and his cup in Benjamin’s bag, 44:1-5.

6) The steward exposes Benjamin with the cup and the brothers return to the city, 44:6-13.

7) Judah says they will all be Joseph’s slaves but he says only the cup thief will be, 44:14-17.
In what ways does Joseph’s testing of them by proposing to keep Benjamin and letting them go free reveal whether they have changed and can be trusted?

8) Judah pleads to stay as a slave instead of Benjamin so his father doesn’t suffer, 44:18-34.
What does Judah’s appeal for Benjamin reveal about the transformation of his heart? In what ways is his appeal a picture of what Jesus has done for us?

9) Joseph reveals himself to his brothers, saying that God sent him to preserve life, 45:1-8.
From what Joseph says in 45:5-6 and 7-8, how would you explain Joseph’s “theology” of the relationship between God’s sovereignty and man’s responsibility? How has Joseph’s theology impacted the way he deals with his brothers? How does what Christ did for us involve God using evil for good? What did God “send” Joseph to do? How does this fit into God’s plan of redemption?

12) The brothers go to Jacob, convince him Joseph is alive so he agrees to go to him, 45:21-28.
What are your “take aways” from this passage of the story of Joseph? 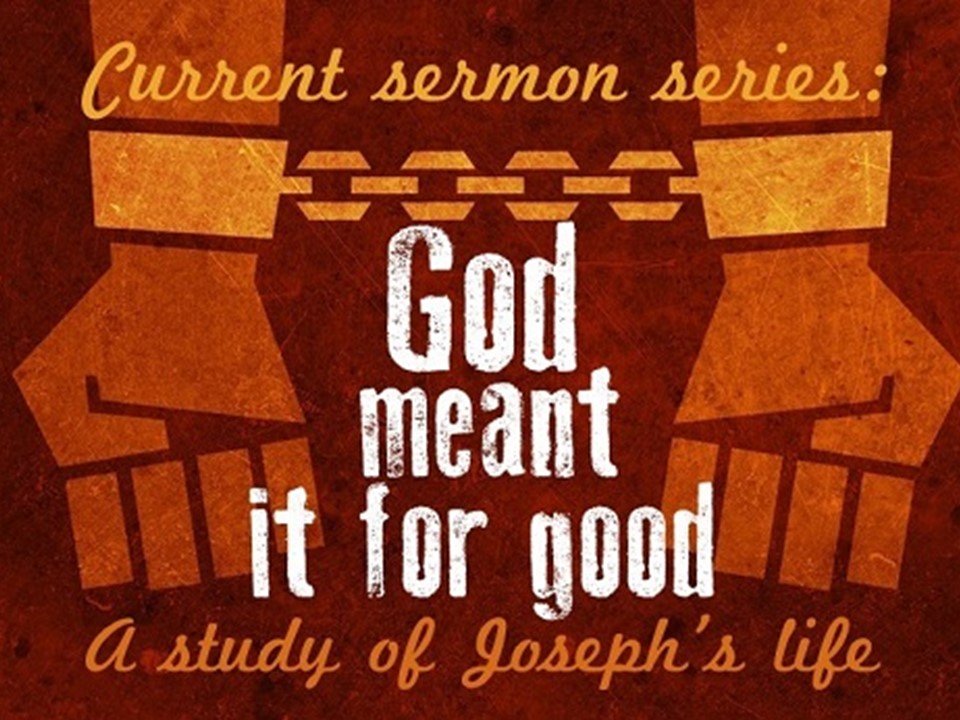 More in God Meant it for Good: a study of Joseph's life

God meant it for good

God With Us in His Mission