Discipleship in the church
Expectations of servants-outline
1 Timothy 6:1-2
Christian employees should honor their employers, especially those who are believers

One of the reasons skeptics and atheists and others reject the Bible and/or the Christian faith in particular is that they believe it condones slavery. But the slavery of Biblical times was not race-based, nor was it the result of kidnapping that we think of due to our history in pre-Civil War America. (In 1 Timothy 1:10 Paul said God’s law condemns enslavers.)

How did people become slaves in the Roman Empire? Some started as prisoners of war. Others sold themselves into slavery for economic security or to become Roman citizens. Some became slaves to pay off debt. Some were born as slaves.

At least 30% of the population of the Roman Empire were slaves. They worked all kinds of jobs, such as household managers, cooks, teachers, and craftsmen. Slaves worked everywhere – in private households, in mines and factories, and on farms. They also worked for city governments on engineering projects such as roads, aqueducts and buildings.

What does Paul say in Galatians 3:28 about the status of Christian slaves? Paul gave instruction as to how to function as Christians within the institution of slavery as it was then. The principles of work and respecting authority that Paul was exhorting Timothy to teach to those in the Ephesian church who were slaves have direct application to us.

1) Let all who are under a yoke as bondservants regard their own masters as worthy of all honor, so that the name of God and the teaching may not be reviled, 6:1.

What is the reason Paul gives that ALL Christian slaves should regard their masters as worthy of ALL honor? How does 1 Peter 2:18-20 confirm and add to what Paul says about slaves honoring their masters? How should we apply these principles as employees?

What does Paul say in Colossians 3:22-24 about how slaves are to serve their masters and how employees are to work for their employers? What do you think of this statement: “All human work done by all people, is a channel of God’s loving provision for his world?”

2) Those who have believing masters must not be disrespectful on the ground that they are brothers; rather they must serve all the better since those who benefit by their good service are believers and beloved. Teach and urge these things, 6:2.

Why might Christian slaves/employees be disrespectful to their masters/employers on the ground that they are believers? How should believing slaves/employees serve their masters/employers, and why?
God designed work as a way for us to do good for others. How do Galatians 6:10 and 2 Corinthians 9:8 encourage us to do good in our work? What does Revelation 14:13 say about the results of our work as Christians? 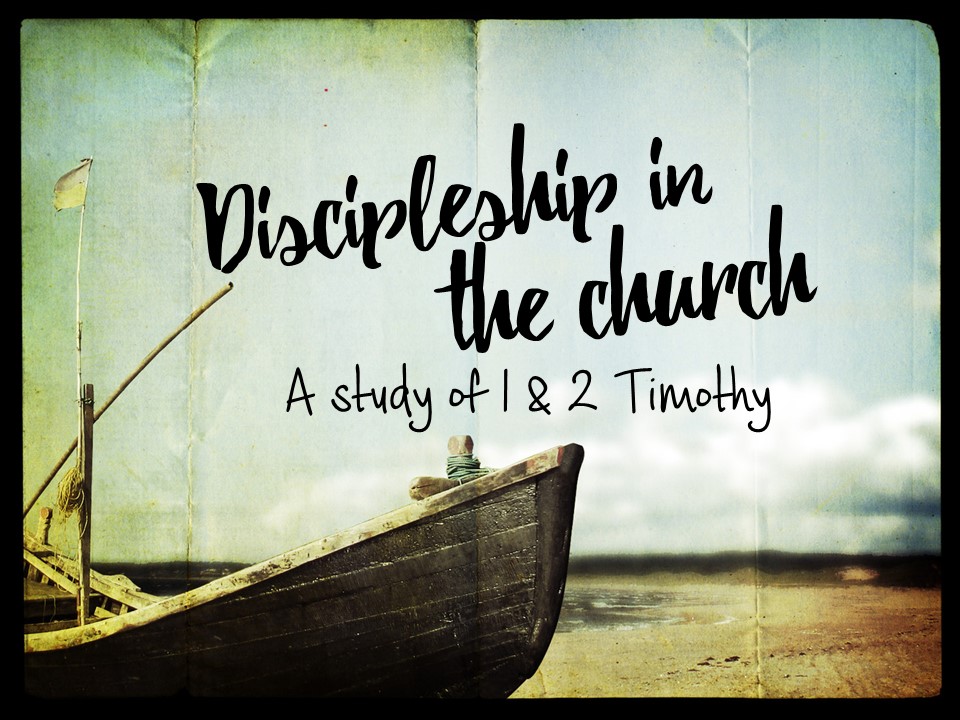 More in Discipleship in the church

The Gospel and relationships

Continue in godliness and God's Word