Standing firm in grace: Christ's suffering as the way to Glory

Christ’s suffering as the way to glory

1) Christ suffered for the unrighteous to bring us to God, in dying and being made alive, 3:18.

2) After being raised, Christ went and proclaimed victory over imprisoned evil spirits, 3:19.

2 Peter 2:4.  For if God did not spare angels when they sinned, but cast them into hell and committed them to chains of gloomy darkness to be kept until the judgment;

Jude 6.  And the angels who did not stay within their own position of authority, but left their proper dwelling, he has kept in eternal chains under gloomy darkness until the judgment of the great day.

3) The spirits disobeyed in Noah’s days when eight people were saved through water, 3:20.

Genesis 6:1–2 .  1 When man began to multiply on the face of the land and daughters were born to them, 2 the sons of God saw that the daughters of man were attractive. And they took as their wives any they chose.

Genesis 6:5–6 .  5 The Lord saw that the wickedness of man was great in the earth, and that every intention of the thoughts of his heart was only evil continually. 6 And the Lord regretted that he had made man on the earth, and it grieved him to his heart.

4) Baptism saves as an appeal to God for a good conscience by Christ’s resurrection, 3:21.

Romans 6:3–5 .  3 Do you not know that all of us who have been baptized into Christ Jesus were baptized into his death? 4 We were buried therefore with him by baptism into death, in order that, just as Christ was raised from the dead by the glory of the Father, we too might walk in newness of life. 5 For if we have been united with him in a death like his, we shall certainly be united with him in a resurrection like his.

5) Christ has gone into heaven at God’s right hand, all demonic forces subject to Him, 3:22.

Ephesians 1:19–21.  19 and what is the immeasurable greatness of his power toward us who believe, according to the working of his great might 20 that he worked in Christ when he raised him from the dead and seated him at his right hand in the heavenly places, 21 far above all rule and authority and power and dominion, and above every name that is named, not only in this age but also in the one to come. 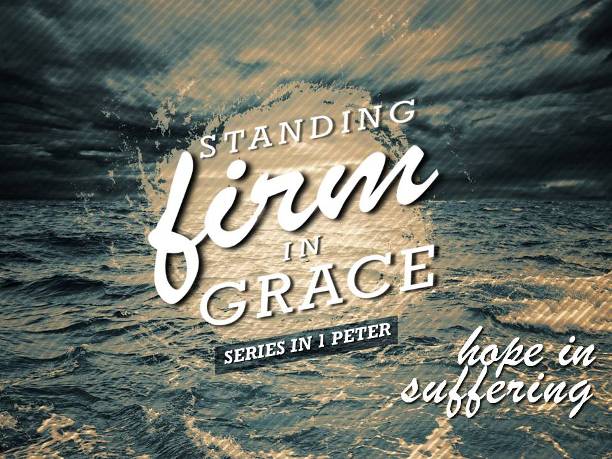 More in Standing Firm in Grace

Standing Firm in Grace: Elders and the Flock of God